The fourth and final railway station to be built in the town, Malvern Hanley Road station sat at the southernmost end of Malvern in the middle of a rural landscape. It opened in 1862 and closed ninety years later, along with the rest of the line from Malvern to Upton-upon-Severn. Despite its odd location, the station played several valuable roles during its lifetime and was used during the Second World War to receive trainloads of PoWs who were housed in camps around Malvern or sent to St Wulstan's hospital.


Today, most of the site has been completely destroyed and flattened, and is used by the Three Counties Society as a car park. Nevertheless, it is still possible to find remains of the old station and to see the contours of the old sidings complex carved into the earth. Some old drainage works also survive, as do plenty of trees which once flanked the railway line.


This original photograph of Malvern Hanley Road station was taken in 1951 by Ben Brooksbank, whose excellent Geograph collection contains many historical photos of the Malvern-Ashchurch line. This shot was taken from the southern end of the 'up' platform at Hanley Road, and shows the line curving northwards under a simple bridge to run parallel to the hills as it continues uphill towards Great Malvern station. The shadow on the left indicates the shape of the main station building at Hanley Road and some signals are visible beyond the bridge. This shot was taken during the year that the station was officially renamed from Malvern Wells (M.R.) to distinguish it from the Great Western station in Malvern Wells to the northwest. The station closed the following year.

Comparing it with a modern shot, we can see that the bridge has been removed completely, and that the railway cutting has been filled in to reduce the height of Hanley Road embankment. The trees have also shot up in the intervening decades to make it very difficult for this photographer to use the hills as a reference point! The station itself has also been removed almost entirely, and no trace remains of the line or its cutting. The road embankment too has been filled in to remove any sign of the bridge cavity.

Looking next at this older shot taken from Keith Smith's Around Malvern, we can see the main station building at Hanley Road more fully. Taken from the northern end of the 'down' platform, this picture shows the impressive glass canopy which stood between the two wings of the station, and the signal box on the extreme left.

This modern shot proved surprisingly difficult - the site has been demolished and levelled almost completely, leaving precious few reference points from which to attempt an imitation picture. The tiny sapling at the end of the platform in the corner of Smith's picture (now obviously fully grown), and the granite wall which backed the southern end of the 'up' platform are now all that remains of the station, apart from a clearing on the right of the picture which marks where the main station building once stood.

II: Living on the Line


This series of family photographs has been generously lent to the project by Heather Talbot and Marguerite Collins, two members of the fantastic Malvern History Page on Facebook. Marguerite is the grand-daughter of Tommy Nice, a former soldier who left the army after fourteen years' service at the end of World War One to become a railway porter at Malvern Hanley Road. Tommy had served with the Royal Army Medical Corps in Malta, France and Belgium, and was briefly recalled to serve with the Corps during the 1926 General Strike. In 1929, Tommy, by that stage a widower with two sons, married Heather's great aunt Alice. He joined the ARP during the Second World War and continued his work as a railway porter until his death in 1950. These pictures provide a fascinating insight into the social history of the railway line, as well as a chance to see Hanley Road station from some less familiar angles.

Heather writes that she believes the two women above to be Muriel Whittern and her daughter Annabel. Mrs Whittern lived with her husband John and their other child, Richard, at a house at the station during the 1950s.

Heather writes of the Witcombe family:

George Witcombe was born on 22nd January 1913 at Little Malvern and died 16th March 1984 at Stonehouse, Glos. He married Margaret Hobbs on 13th October 1945. She was one of the two daughters of the housekeeper at Brick Barns Farm, Malvern Wells. He was the son of my mother's aunty Florence Pack who married Albert Witcombe. George Witcombe moved as a child to Nailsworth with his father's job and went to school there. He started work for the Railway at Woodchester but was at the L. M. S. Station in Malvern Wells in the 2nd World War. He was a signalman for over 40 years and for 30 years lived at Stonehouse.

Albert Witcombe was father of George and Dorothy, he was born on 22nd December 1881 at Little Malvern. He worked for 45 years for the L. M. S. Railway as a Carter at Malvern, Nailsworth and Stroud. His parents were John and Emma Witcombe and John was a farmworker.  They lived on the farm in Little Malvern but later in the Toll house at Little Malvern.


Moving on to other historical photographs, the two shots below are particularly useful because they give an indication of the extensive other buildings which made up the Hanley Road yard.

The View from the Bridge


Unsurprisingly, the most popular angle from which to photograph the station was from the road bridge which ran over the tracks. The bridge itself was a humpback construction which was later removed for safety reasons. These two pictures show how Hanley Road used to look, with the station clearly visible on the right:

Taken from the bridge looking south, these next three images provide an interesting contrast between the station in its (rainy!) heyday and its derelict years after the tracks had been torn up.

Looking north from the old Hanley Road bridge, these two pictures were both taken after the station behind had closed. However, the former shot still has the signalling and rails intact, while the latter picture was taken during the bridge's reconstruction in 1966.


Pictures of the front of Hanley Road station are understandably rarer than those of the platforms, but the few pictures which do survive show a wonderful stone building in the Victorian country style. These two pictures, taken 35 years apart, show many of the fine details which were incorporated into the station front, including the gabled entryway and iron fencing.


Continuing on the theme of dereliction, these two images from the collections at Malvern Museum show all too well how the station left an eerie legacy after its closure.

Meanwhile, these pictures from H.W.C.C. taken in 1958 also show the station in a seriously overgrown state. Note that the rails are still in place, as is the decrepit road bridge. 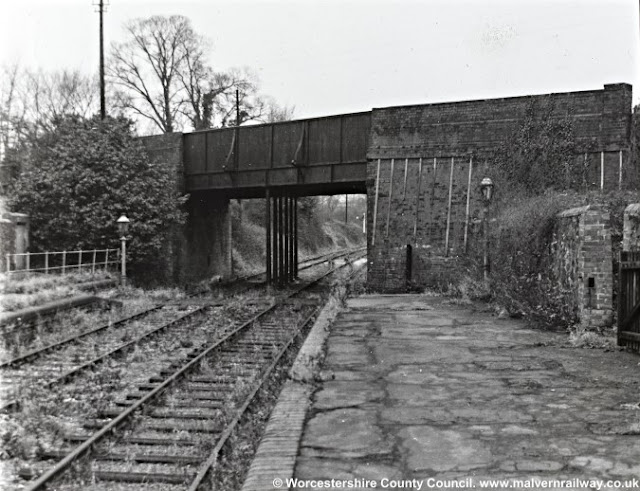 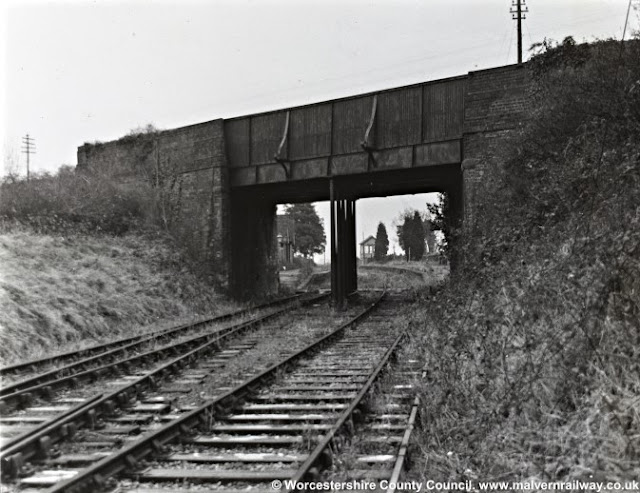 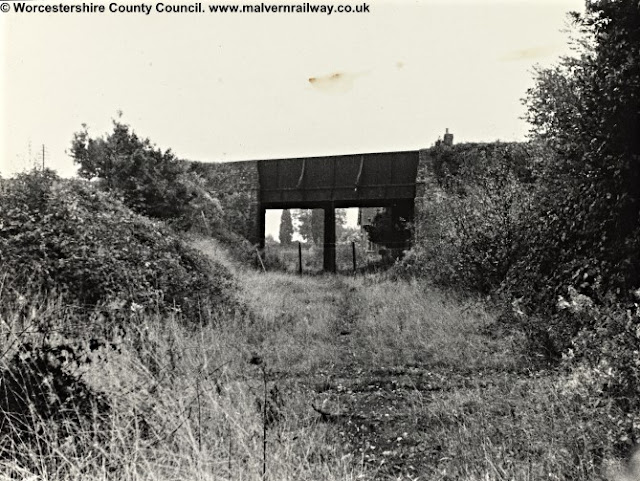 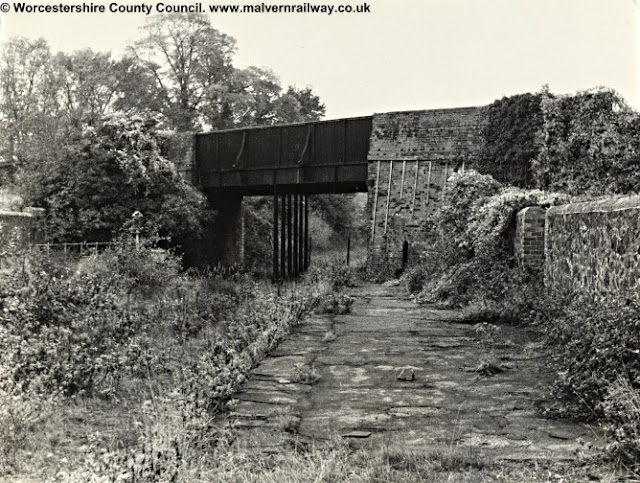 The pictures below show Hanley Road during its very last days, with the weeds well established and the site in general falling into disrepair. Perhaps ironically, many of the original photographs I have been donated show the line in a derelict state, as photographers often rushed out to snap the stations knowing they were about to be demolished. Indeed, I probably have more shots of ruined sites in my archives than I do of working railways! 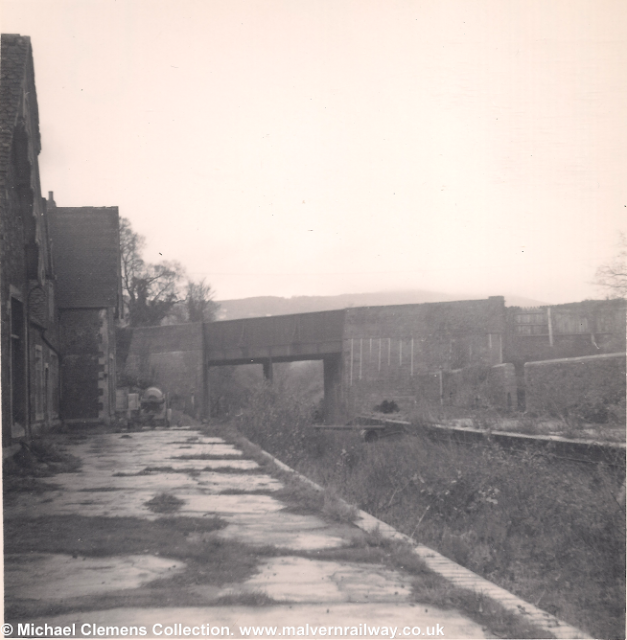 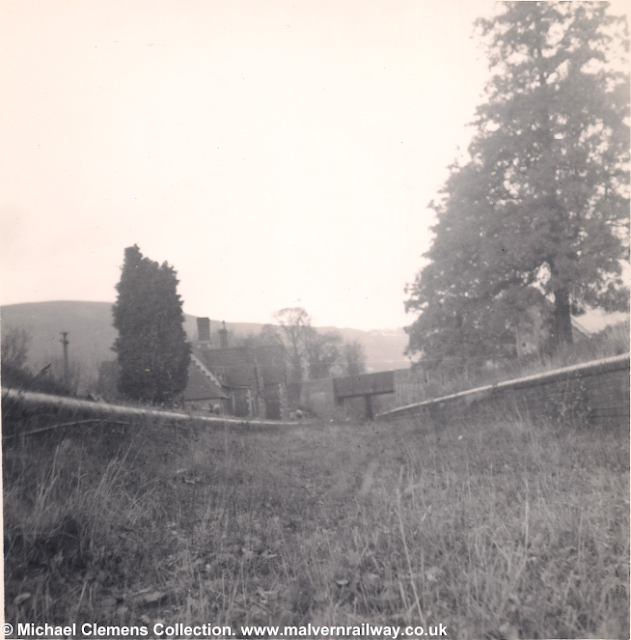 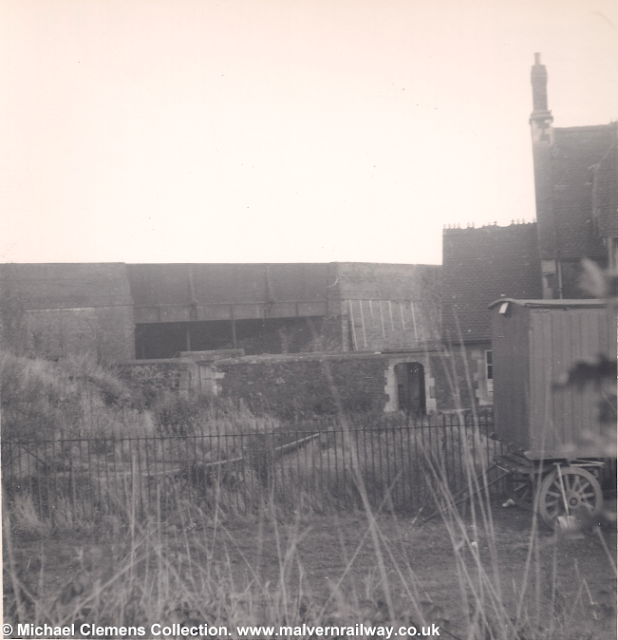 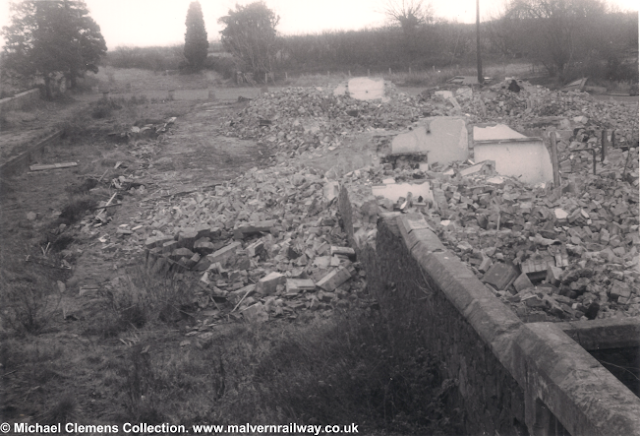 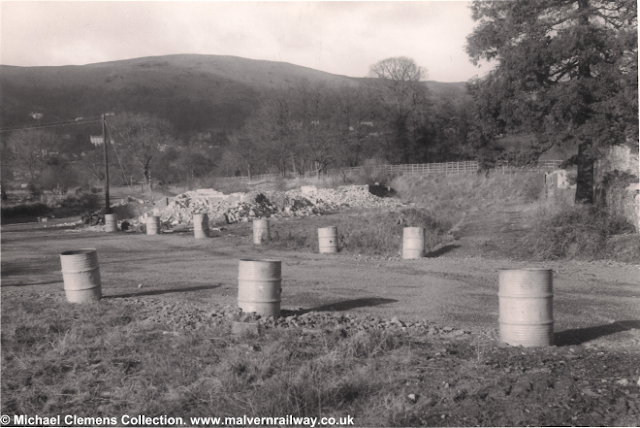 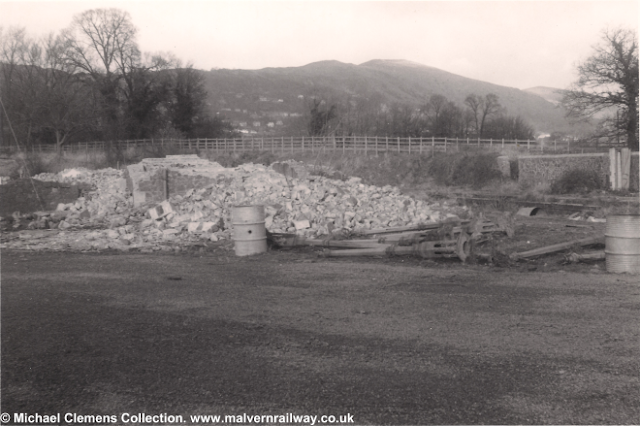 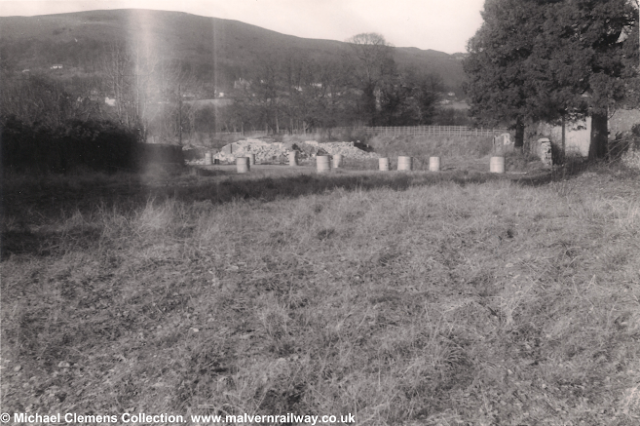 
The entire site is now owned by the Three Counties Agricultural Society and is currently occupied by the South Car Park of their showground. It is private land, but the Society were kind enough to let me in to take these photos.