After passing under Peachfield Road, the Ashchurch line ran south on top of a gentle embankment before crossing over a small bridge built to provide farmers with a path across the line. The bridge also housed a drainage culvert which allowed a stream running down off the hill to cross the embankment on its way to New Pool, a large pond off Peachfield Common.

Walking south along the old line on the public footpath which today marks the eastern boundary of Worcestershire Golf Course, you soon come across a break in the path where the old bridge once stood. Although the bridge buttresses are still very visible from the ground, the bridge top itself has been removed, and so you have to walk down to ground level and back up the other side to rejoin the embankment. Be careful not to wander too far off the path following the railway line here: the edge of the bridge is obscured by overgrowth which hides a nasty drop!


The path down off the embankment is made easy by some handy steps which lead to a good vantage point to see the substantial remains of the bridge. Please be aware that this corner marks the junction of the footpath down from Peachfield Road and the path crossing the golf course, so take care to avoid low-flying balls if you take a look at the embankment from the western side! 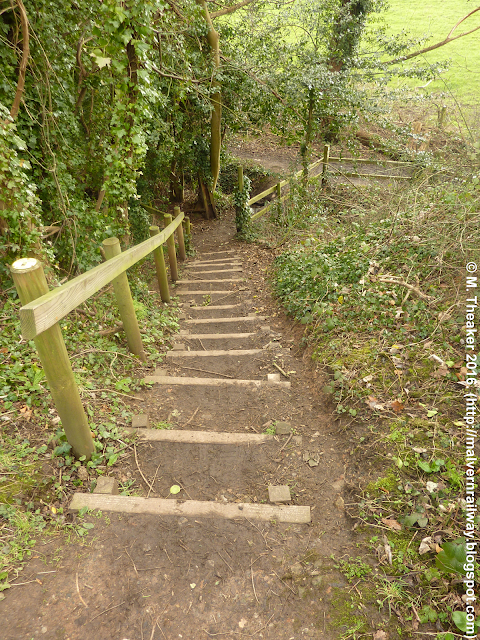 At the bottom of the steps you will find the stream which flows between the golf course and the New Pool, along with the original drainage culvert which still allows the water to pass under the bridge away from pedestrians and escapee golfers. However, this does not stop the path under the bridge from becoming very muddy, so take some boots! 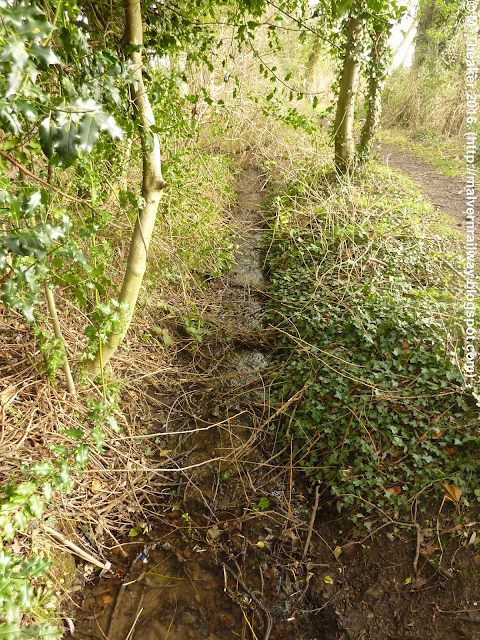 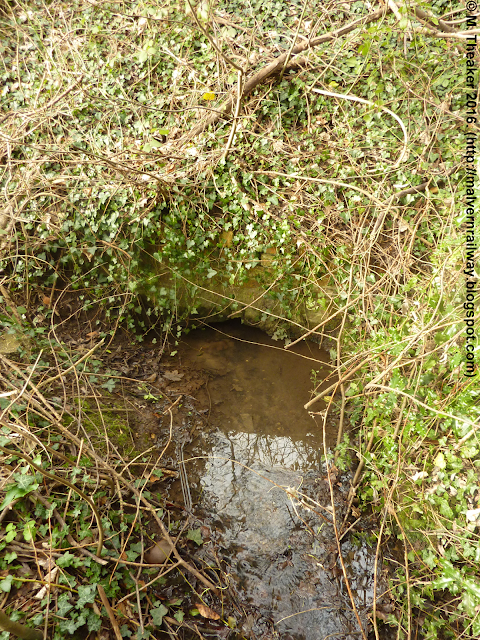 The bridge itself is still reasonably intact, and has now been reclaimed by nature to become part of the wood. The gap still allows people to access the public footpath across the golf course, although whether anyone is maintaining it is unknown. The structure is still pretty imposing, and must have been even more so when it was newly built in the middle of the fields south of Malvern Common. Much of the original brickwork is still perfectly intact, comprised of the Imperial Blue bricks which are a telltale sign of any railway structure from this period. 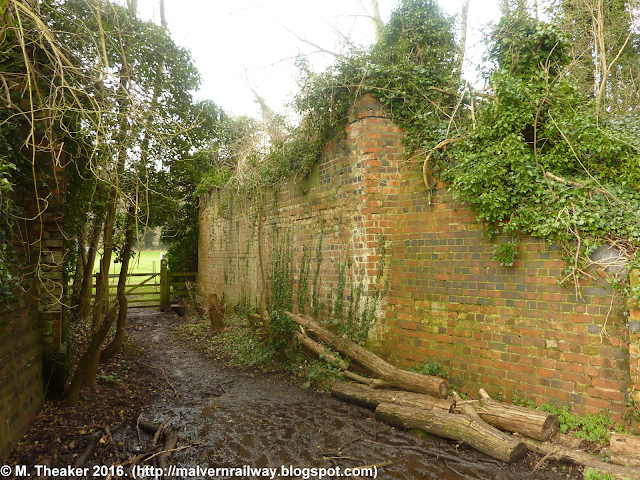 Interestingly, the wall on the southern side of the bridge (i.e. facing Malvern) seems to have come to an arrangement with nature, being held up by these trees which grow up from its base. Perhaps these were planted deliberately to knit the exposed embankment together? 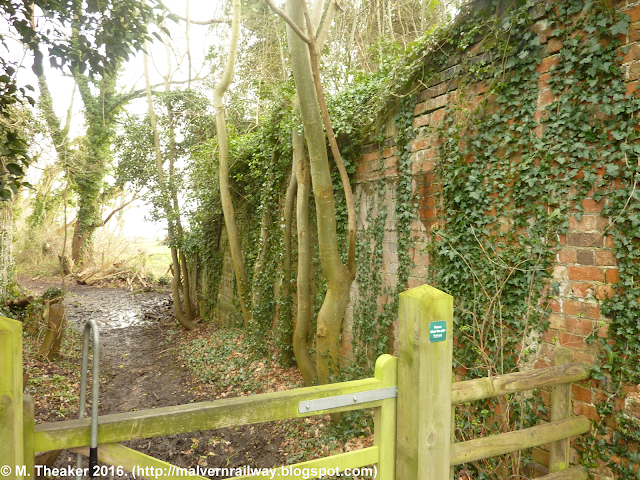 Nonetheless, there has been some damage to the south face, although it's not clear if this was caused by man or nature. 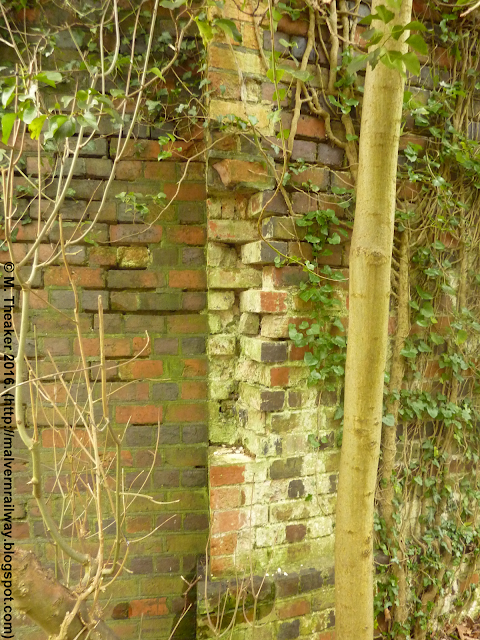 The bridge does retain a couple of interesting features, notably the four buttresses which hold the embankment together on either side.

The other interesting feature is these reinforced stone beams, eight in total, which would have supported the rails directly as they crossed the short bridge. 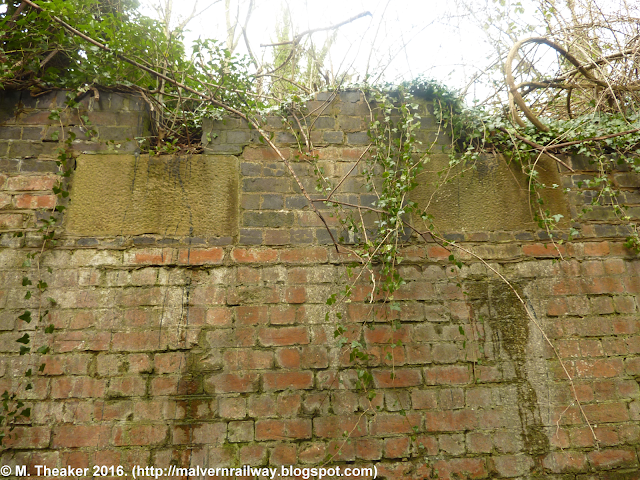 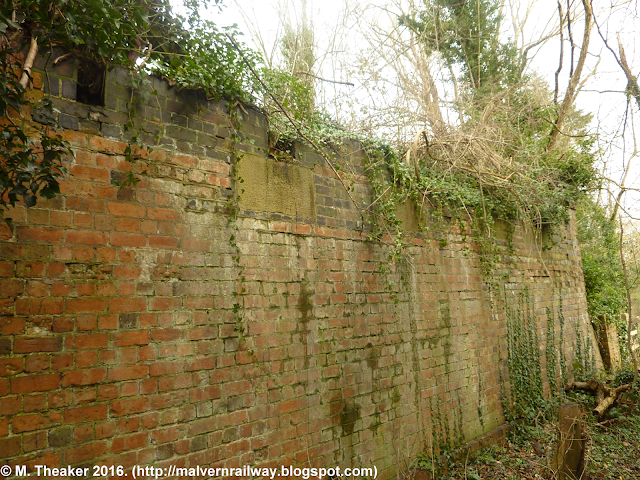 Looking down from the bridge also provides a couple of nice viewpoints, although the ivy and brambles make it difficult to get near the edge. The northern side in particular is very overgrown, so take care not to fall over the edge to your muddy doom.

Email ThisBlogThis!Share to TwitterShare to FacebookShare to Pinterest
Labels: Photographs