The final bridge crossed by the Malvern and Ashchurch Railway before it diverted from the Worcester and Hereford Railway at Tewkesbury Junction was Thirlstane Road bridge, which sits at the eastern end of Malvern College's cricket field. The embankment leading up to the bridge runs behind some houses, and divides the College from its football and rugby pitches opposite Qinetiq (on the former radar site). Once over the road, the railway sank down onto a small section of level ground where the Midland Railway/LMS's signal box, shed and sidings stood, before diving further into a cutting which ran across Malvern Common. 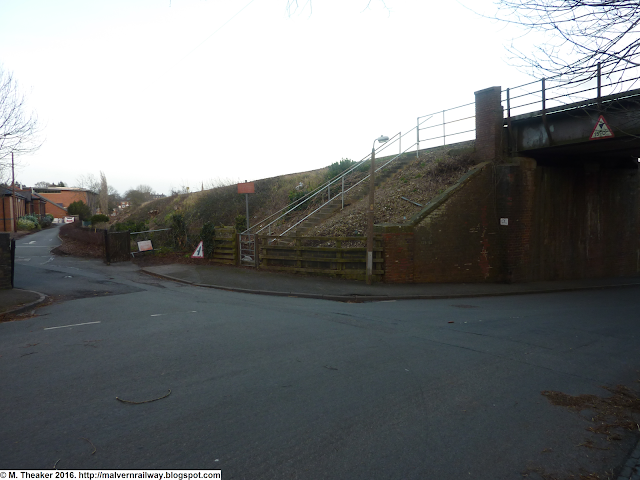 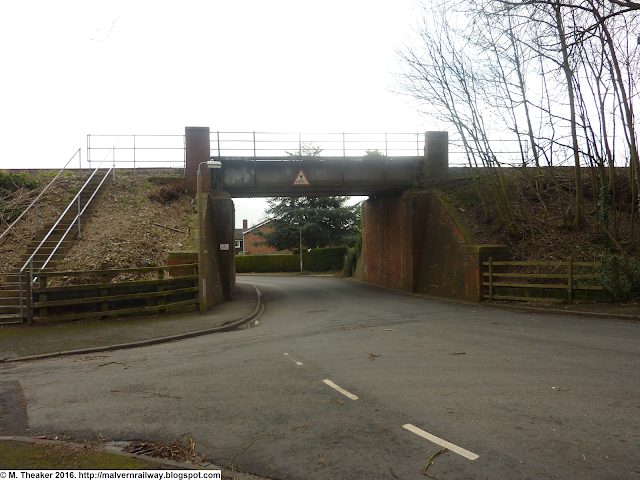 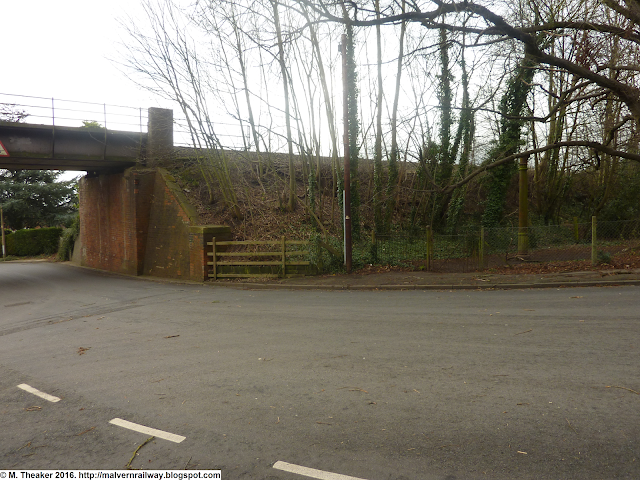 The corner of the common immediately beneath the southern side of the bridge does have one curiosity: this ornate iron column with the remains of a Corinthian design on top. The column stands by the kissing gate on the south side of the bridge and is about twenty feet from the railway embankment.


Having no idea what it is/was for, I decided to do some research. One theory has been put forward by the Friends of Malvern Springs and Wells, who have written about the post on their site:


'We found the post one snowy day in January and noted that it was old - likely Victorian, was made of iron and had the remains of a Corinthian column top. Our best guess was that it was a vent for the trackside main that runs alongside the railway. This six inch pipe supplies Railway Tunnel Spring water to Malvern and Malvern Link stations.'

This answer has been supported by retired river engineer Bill Burton, who emailed me to suggest:


'I'll go with the 'vent' theory.... a vent would be necessary for when they had to shut off the supply at the station - unless they did it very very slowly there would be a hydraulic ram effect in the pipework which if unvented would blow joints apart. I think there is a spill point on the supply line somewhere up behind the old golf course club house.

It's not a flap valve on the top but the remnants of some sort of decorative topping. I still think it's a vent though. However, the water supply, certainly at the tunnel end, runs along the eastern/golf-course side of the formation so unless it crosses over somewhere I'm not sure the vent is related to it. Otherwise it may be a vent on a stream or spring running across the common which has been culverted beneath the railway - and/or maybe connected in to the highway drainage in Thirlstane Road.'

I emailed Malvern Hills Conservators to see whether this idea 'holds water', but they replied that they were as stumped as I was. A few days later, however, I got an email from their Community and Conservation Officer, Beck Baker, who told me that there is an identical post on Happy Valley, up the steep road behind the Unicorn Pub: There is certainly a very active stream on that part of the hills - maybe this was a main to channel it down to a public spring?
Posted by MalvernRailway at 22:41