Borle Viaduct is a 42-yard bridge which carries the Severn Valley Railway over a small stream known as the Borle Brook. The Brook itself flows into the Severn immediately east of the viaduct's four arches.


Located north of Arley, the bridge offers some spectacular photo opportunities both from the near side and from the numerous public footpaths on the higher ground above the opposite river bank. The view is particularly colourful in autumn due to the many trees which grow behind the bridge.

Posted by MalvernRailway at 21:15 No comments:

I was able this week to get down to the Severn Valley Railway again to try out a new walk I had planned near Arley. I'd set out to get some shots of Borle Viaduct from the eastern bank of the river and was very happy with my first attempt, despite the somewhat grey conditions. The forecast had actually predicted clear skies all day, but predictably these only materialised once I'd snapped the two trains I'd planned to see at Borle and had returned to the village. Luckily, however, this did mean that I was able to get some great snaps of Arley station washed in autumn sunshine, which I'll save for a future post. Anyway, here are three from Borle on a slightly grey October morning - definitely one to try again in clearer light! 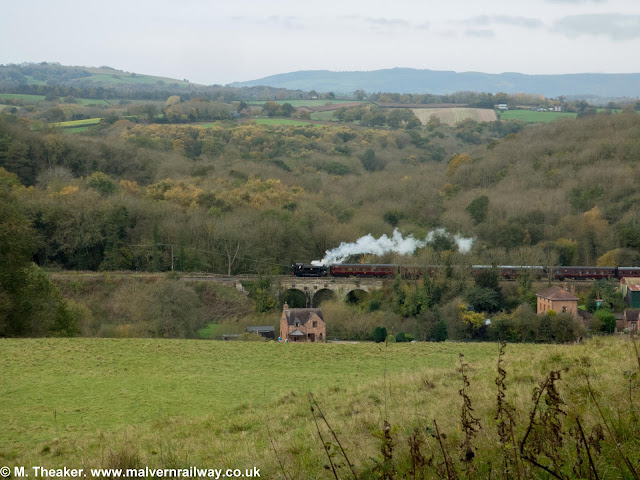 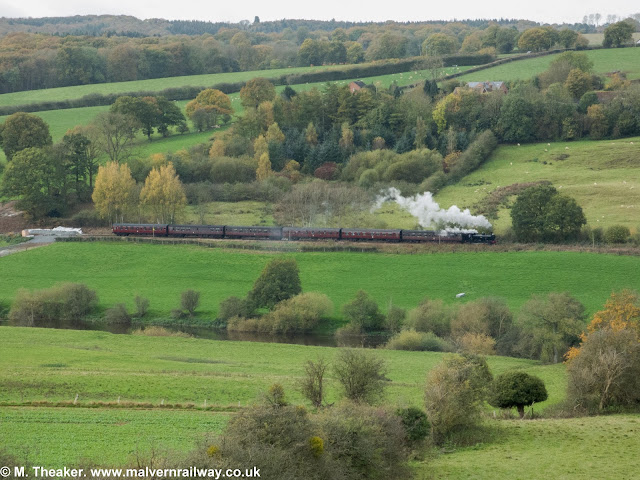 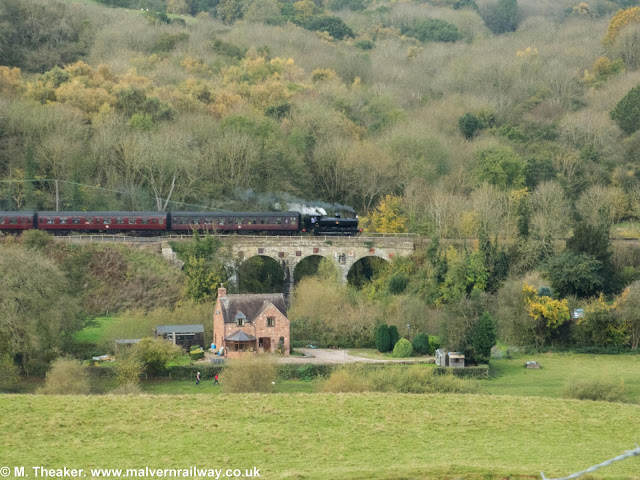 There's been a few freight diversions on the hills these last few weeks, so I was able to catch the 1313 Gloucester Horton Road to Worcester Shrub Hill as it left Great Malvern on its westward leg this afternoon. Obviously, the heavens opened with an autumn squall just as I was about to take the picture - a shower which ended just as soon as the train had escaped onto Malvern Common. So here is the final, rain-affected result: 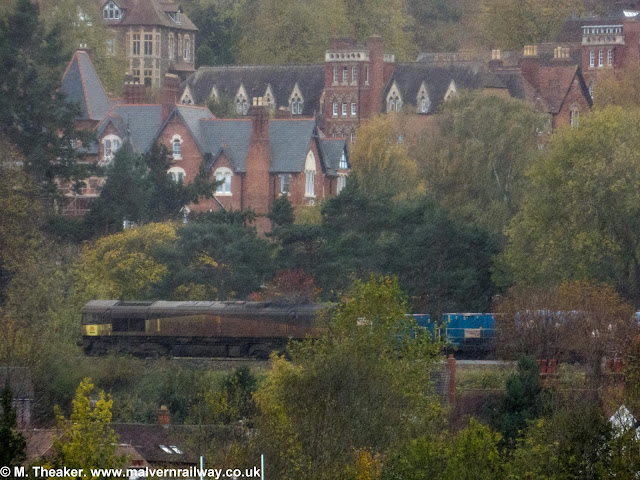 And to prove how valuable I find my new editing software, here is the all-but-unusable original shot: 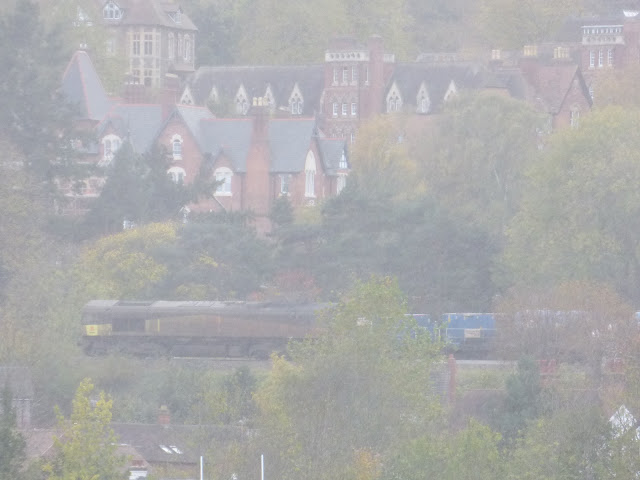 Posted by MalvernRailway at 19:38 No comments:

Thanks to a tip-off from a helpful contact I was able to catch the return leg of this railtour last weekend as it passed through Malvern. Unfortunately, the light was fading fast around half past four as the train moved across the hills, and to top it all off I didn't have my regular camera to hand either, resulting in this slightly underwhelming effort. I did my best to blur out the worst of the ISO grain and to perk the image up using a combination of Adobe Lightroom and GIMP editing software, but couldn't avoid a slightly over-contrasted and over-saturated product. Never mind, anyway - here's 47848 pulling the 'Lickey Incliner II' on a dull October evening! 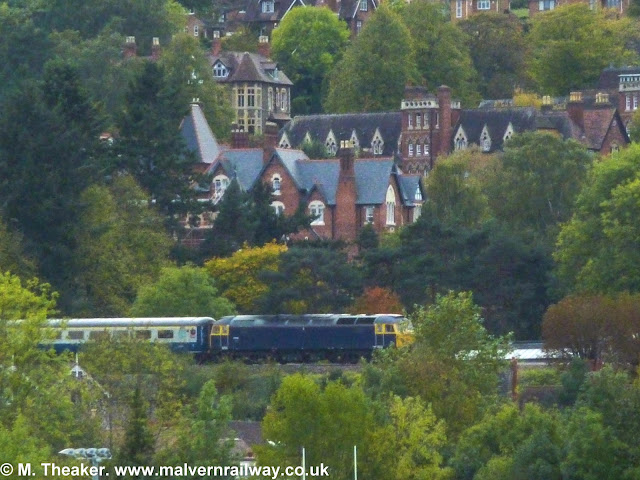 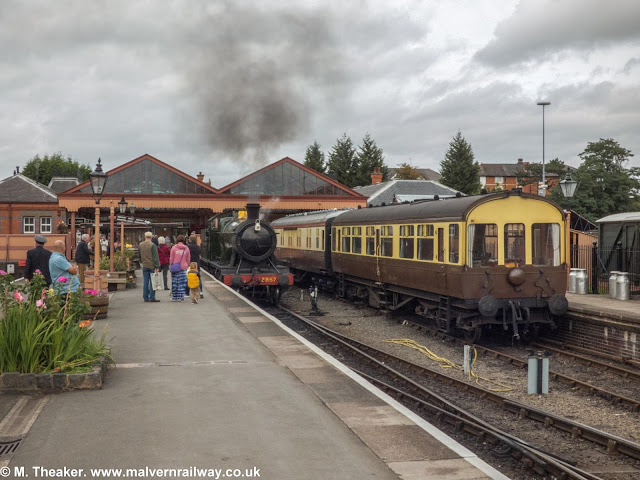