Upton-upon-Severn sits on the western bank of the river, five miles southeast of Malvern. Although the Malvern section of the Ashchurch branch closed in 1952, the spur to Upton remained open until 1961, meaning that many more photographs of this part of the line have survived. However, unlike in Tewkesbury where a station was later rebuilt in nearby Ashchurch as a compromise, the eventual closing of the Midland Railway left Upton completely and permanently without direct railway access.


Today, little remains of Upton-on-Severn station, which was demolished and the footprint used to build a new industrial estate. However, although the embankment which once approached the station from the west has also been eradicated to make way for rugby pitches, the route south of the station remains clearly defined by the lines of local hedges.


The approach to Upton station was made along a raised embankment which led up to a bridge spanning the southern end of Old Street, then called Station Road. The picture below shows the bridge being dismantled, with the Parish Church of St Peter and St Paul in the background. I have tried to recreate the shot below, although this was a bit tricky with a modern wide-angled camera! 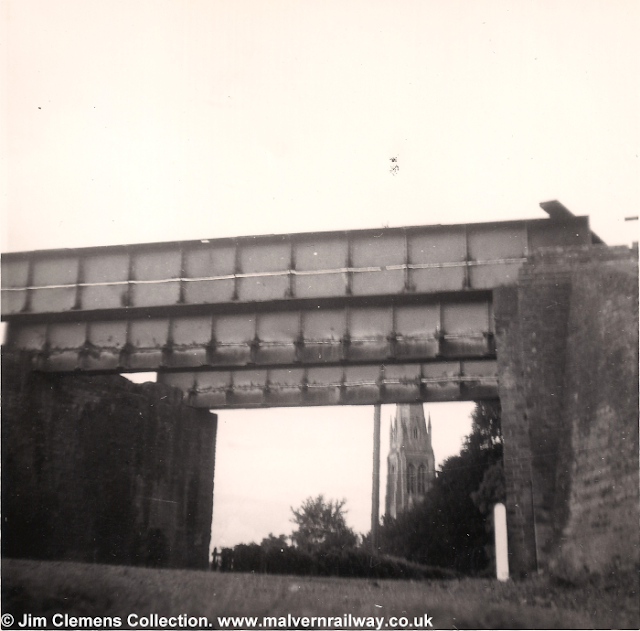 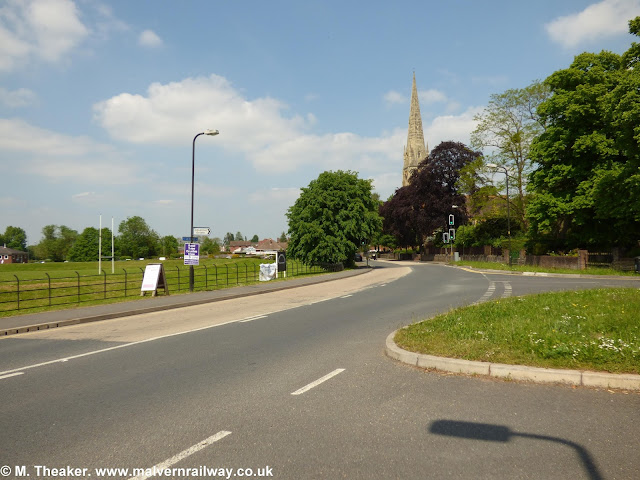 
The closure of the Malvern end of the Midland branch line in 1952 left Upton out on a limb at the end of an awkward cul-de-sac stretching back to Ashchurch. In order to allow trains to continue running in both directions, the line towards Malvern was cauterised to provide a short Y-shaped siding or headshunt.  Here, the tank engines pulling the single-carriage passenger services into Upton could allow their last passengers to alight before realigning themselves behind the carriage for the return journey. An article from a 1960s edition of The Railway Magazine (a copy of which can be found here) explains the process as follows:


'Running around the train at Upton was a little unconventional, due to the lack of a second crossover between the original pair of running lines. After the passengers had alighted, the engine would propel its coach back along the running line to a position between the single slip and the goods yard entry point, and uncouple. It would then run round by means of the single slip onto the old up line, across to the goods loop, and back onto the running line at the Tewkesbury end of its coach via the double slip and goods yard entry point. Given the limited nature of traffic at that time, it was obviously not considered worthwhile to install extra pointwork to simplify the procedure. However, in July 1958, with the rationalisation of signalling and the removal of the former up line from Tewkesbury, the situation was resolved. A turnout was provided at the Malvern end of the station, and the single slip was replaced by another turnout to form a crossover, thus providing a conventional run-round.'

The pictures below show the headshunt and the 'running round' process in more detail:

The next three shots from 1956 show the process more clearly, as engine 43373 pulls into Upton with the 5.10 from Ashchurch before running around to provide the return 5.45 service. See how the carriage changes platforms while the engine is now facing the wrong way for the return journey.