Although not part of the Midland/LMS Ashchurch Branch, the old GWR station at Malvern still represents an important part of the town's railway past. The GWR's Malvern Wells station opened in 1860 and, unlike its Midland Railway counterpart at Malvern Hanley Road, survived until the famous 'Beeching Axe' of 1965.


Today, the abandoned station is still worth a quick look, with a few remains visible around the site. The station exists in a semi-dormant state: although the station and platforms were demolished 50 years ago, the track is still live, with London Midland and Great Western services running from Great Malvern passing through here on their way to Colwall and, Ledbury and Hereford. Furthermore, the approach to the station contains a passing loop to allow trains terminating at Great Malvern to be overtaken by Hereford services before they themselves run back, while a manned signal box still guards the Colwall tunnel.

The closure of the site is somewhat bizarre, when you consider what happened to the town once the station was removed. For over a century, Malvern Wells station sat in the middle of open fields, as this 1933 aerial shot from Britain from Above demonstrates:

The Ordnance Survey map from 1946 below shows in more detail how sparsely-populated was the area around the station. The line running to the left is the extant Worcester-Hereford line, today operated by London Midland and Greater Western, while the line to the right is the destroyed Malvern-Ashchurch MR/LMS branch.


Yet no sooner did the station close than the area was developed: the Fruitlands housing estate (shown by the large dark patch on the right of the 1933 shot) was built in the 1970s, and the town's radar site was also progressively expanded over the years to greatly increase the number of people in what would have been the station's catchment area. The picture below shows a view of the Fruitlands taken from the hills, with the railway running right alongside. 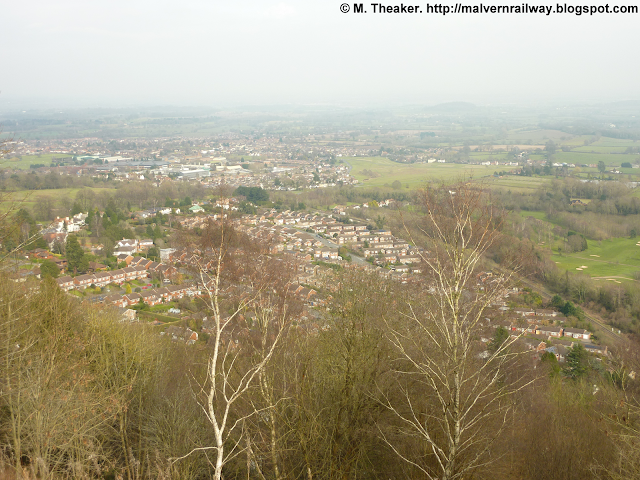 The approach to Malvern Wells station runs across Malvern Common, where this small tunnel stands to allow walkers (and water!) to pass from north to south: 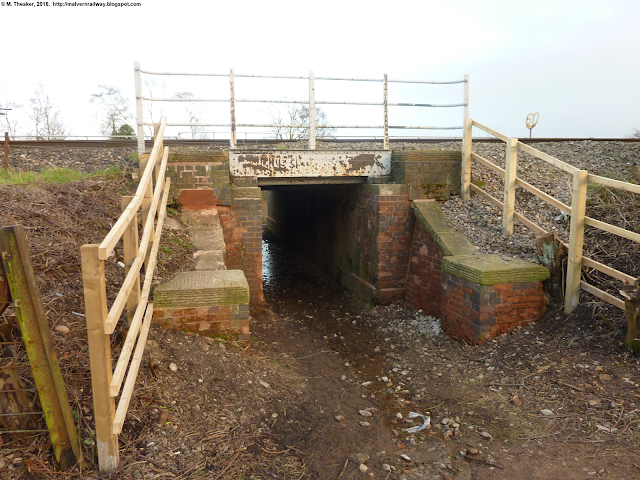 Shortly before reaching Malvern Wells station, the line runs under Peachfield Road, where the bridge has proved a popular vantage point over the years.

Today, the derelict station is still actively used by trains which have terminated at Great Malvern. Running the empty train three-quarters of a mile on to Malvern Wells before stopping outside the signal box, the driver will change ends before reversing back onto the the 'up' line heading back into Malvern to begin the return journey. This video from my Youtube channel explains all:

Malvern Wells station sat on a small cul-de-sac off Peachfield Road, at the top of which stood the stationmaster's house. The house is still there today, and is mostly unchanged from its GWR heyday. 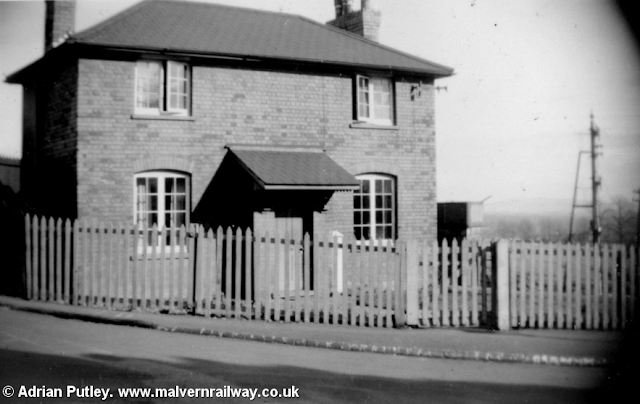 The stationmaster's house commanded a lovely view of Malvern Common, and Adrian Putley has very kindly sent in this picture of his grandfather, Donald Wilden, who was the GWR stationmaster at Malvern Wells from 1936-51. 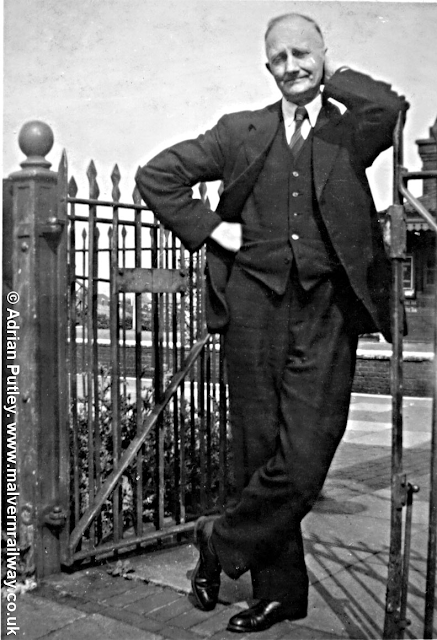 Heading down the cul-de-sac, the complex was at one point very large, consisting of a small but attractive station, signal box, goods shed, water tower and engine shed.

The following picture was taken from Peachfield Road bridge, overlooking the whole site. The engine shed closed in the early 'twenties but hung around for several decades in a derelict state. Unfortunately, the trackside overgrowth makes a perfect matching shot impossible nowadays, but this approximation is not bad, and the platform hut is still clearly visible.

At platform level, the small station had a spectacular view of the hills. It closed in 1965, along with other small Worcestershire stations at Henwick, Boughton, Rushwick, Bransford and Newland. Note the shed behind the lorry in this picture...

Away from a few bits of the station, little remains at Malvern Wells apart from the signal box which still guards the single-track tunnel through the Malvern Hills. The tool shed on the right is also visible in some of the older photographs.


Back in June 2016, I was lucky enough to spend an hour or so inside the active signal box at Malvern Wells. The box stands guard over the eastern approach to Colwall Tunnel and was built in 1919, replacing the original signal cabin constructed over fifty years previously. An important note: as with many of the sites on this blog, I was able to visit the signal box only after obtaining permission. However, this site carries the obvious added risk that it is a live railway, so please enjoy my pictures instead of going near it yourself.


Perhaps the most substantial remaining feature in the clearing is this wooden shed (shown in the platform-level picture further up the page), which stands alongside the sad remnants of a lineside shed, now almost crumbled to nothing. 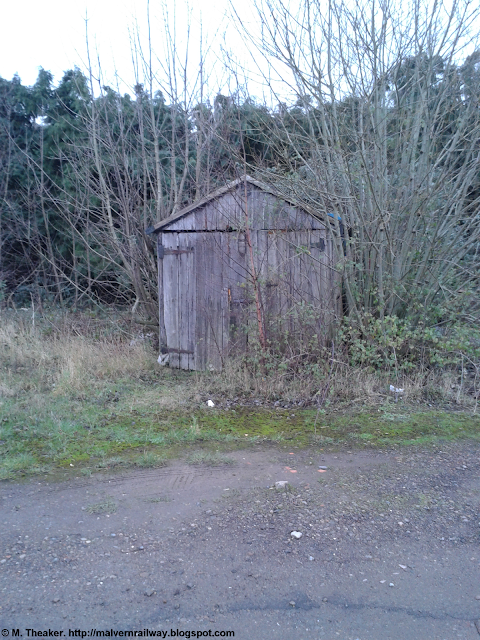 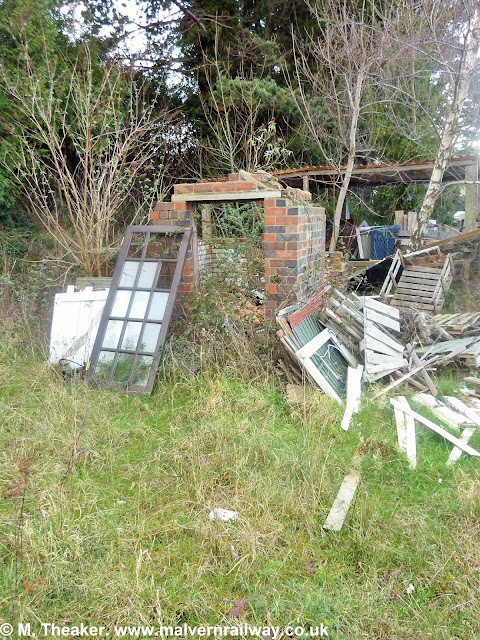