Having run south-east from Malvern Hanley Road, the old Midland branch crossed Welland Road by means of a brick bridge constructed near the corner of Gilver's Lane. From this point, the line ran more or less due east before dipping south-east once more for its approach to Upton-on-Severn.


Today, the bridge over Welland Road has been completely removed but the embankment is still plainly visible on both sides of the road. Access to the farms either side is restricted, but Gilver's Lane follows the embankment for a quarter of a mile, making the railway easily visible from public roads. There is also a public footpath further down the lane which heads south to bisect the old line.

Looking at the northern end of the bridge, the railway ran onto an embankment which gradually rose to provide the height needed to reach the bridge. The pictures below (taken from the north-western side) show a demolition train lifting the old tracks in 1956, and a matching shot from 60 years later. 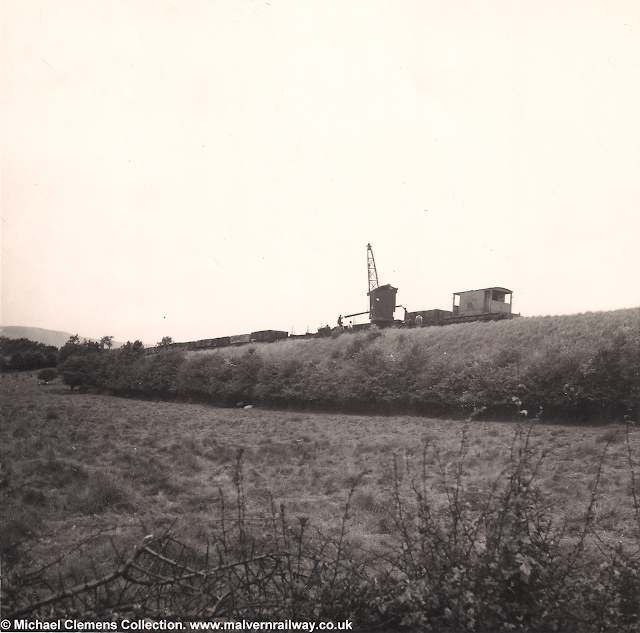 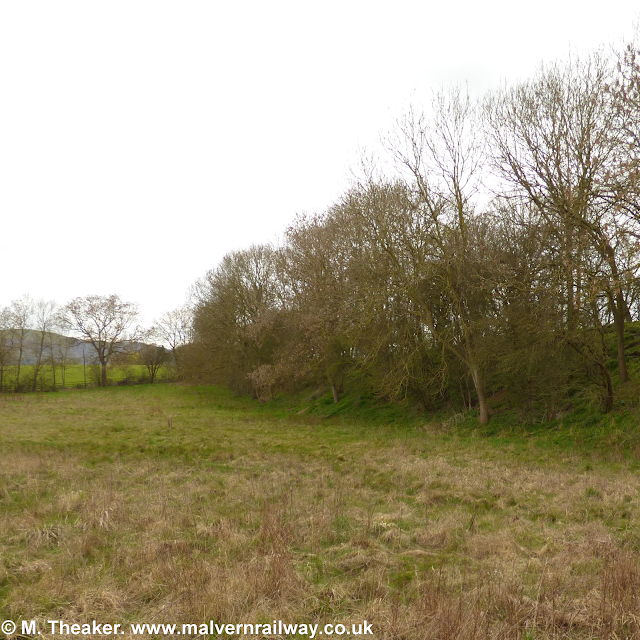 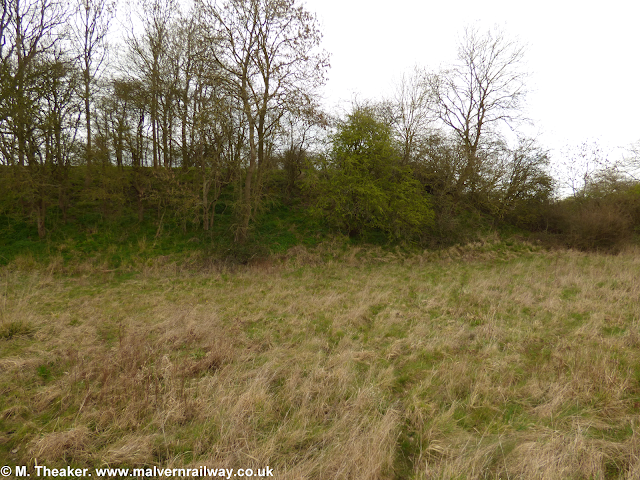 Looking on the north-eastern side of the road, the tree line is clearly visible as it approaches Welland Road. I found this old gate tangled in the overgrowth, although whether it belongs to the farm or the old railway I cannot say. 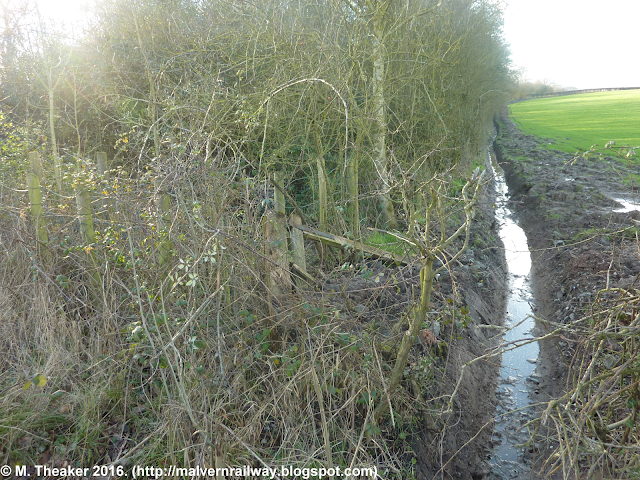 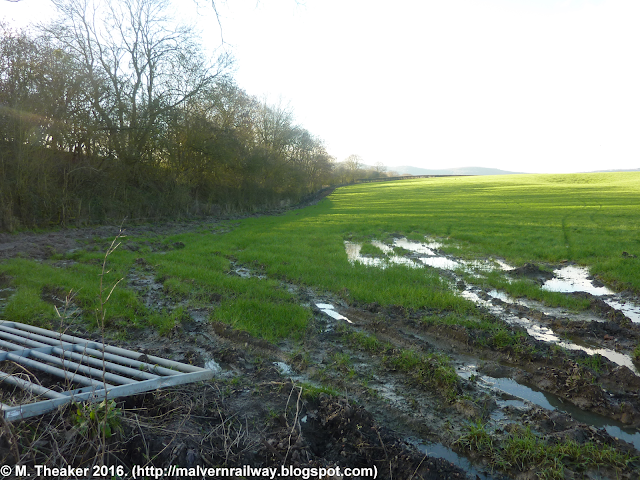 The bridge itself was demolished in 1970. Its removal was covered by the Worcester Evening News, who sent a photographer down to take this fantastic photograph of destruction in action: 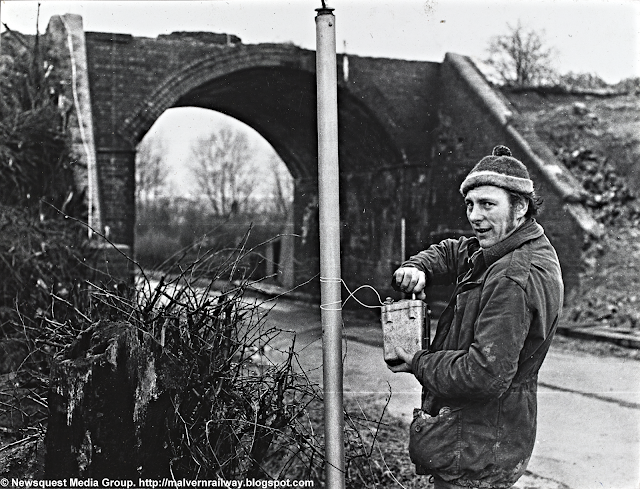 The sequel to the picture above provided a good opportunity for a matching shot, and I have used the telegraph pole as a point of reference. This picture also shows perfectly how the embankment looked when it was all intact. 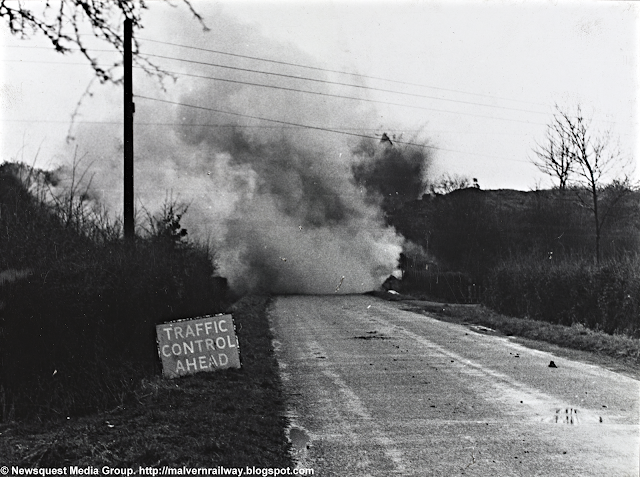 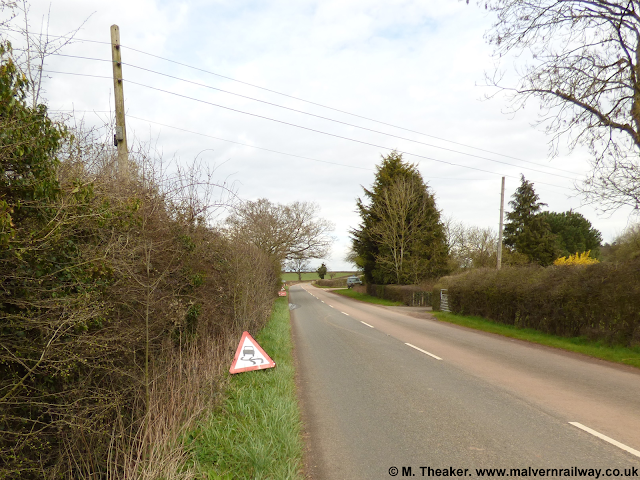 Looking right we see that the bridge, and the section of embankment running up to it, were completely destroyed to make way for a sheep paddock. 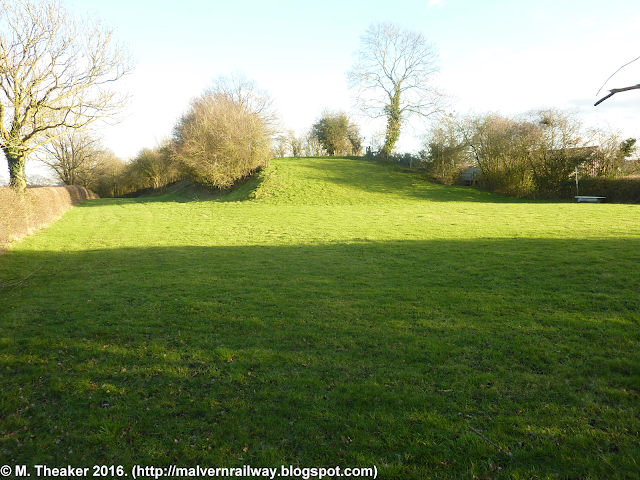 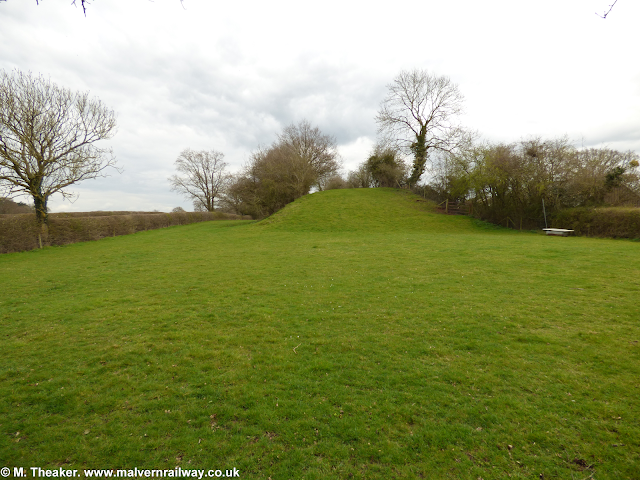 The land here belongs to Roy Loach, who kindly let me onto his property to take these pictures. Roy's bungalow still bears a reference to the old railway line: 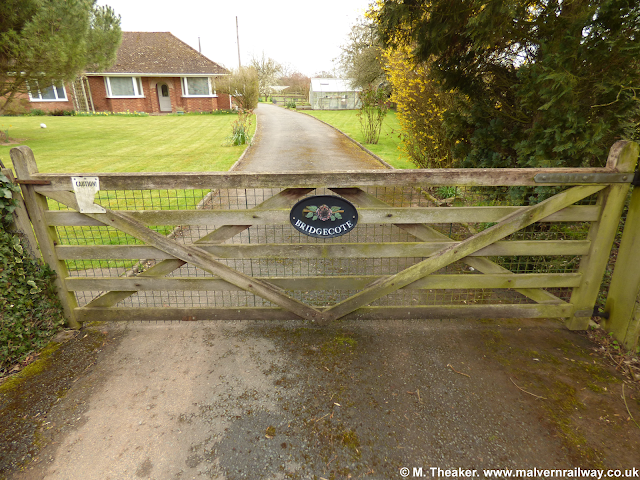 
Walking along the embankment gives a great sense of height, as these shots demonstrate:


These shots were taken alongside the old embankment as it runs back down towards Upton. 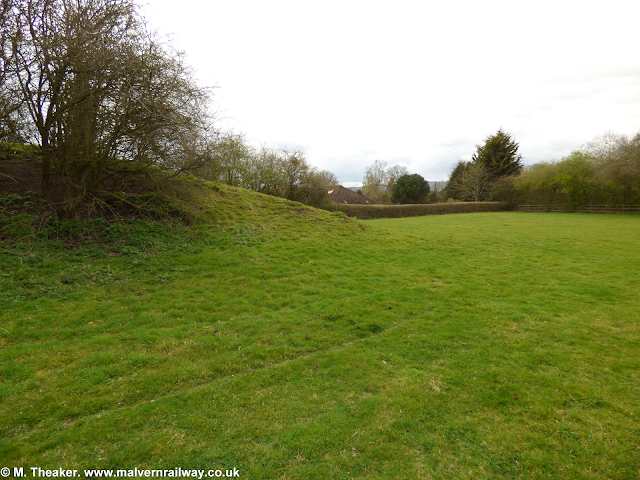 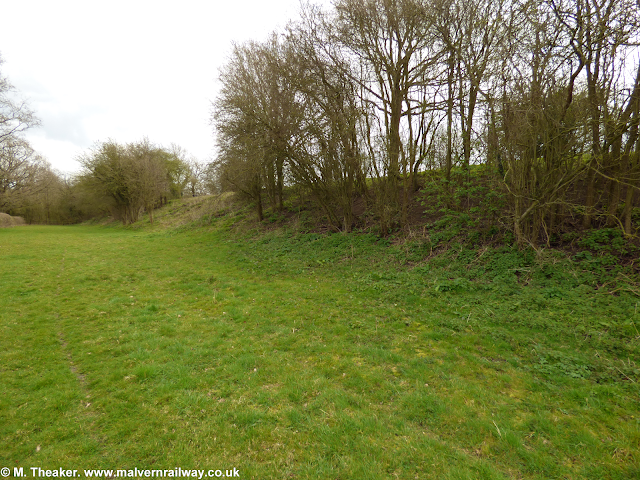 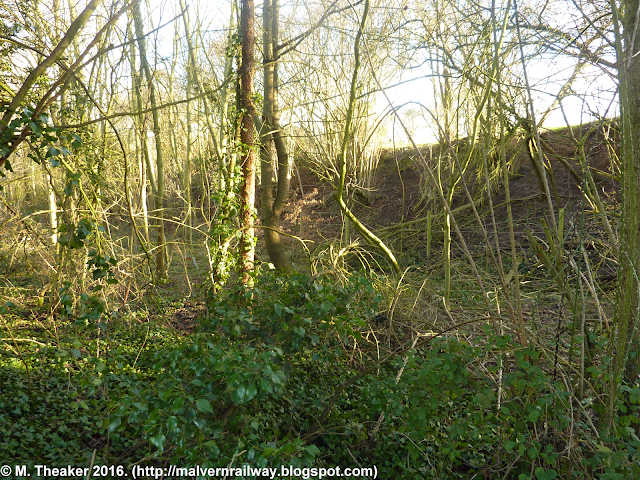 Turning around to look back along the line towards Malvern, we can see how the embankment declined in preparation to cross over the bridge spanning Welland Road: