Coming round a gentle corner from Brotheridge Green and The Boynes, the Midland branch line ran through a deep cutting and under a road bridge at Upper Hook Road. Running on into a straight section of track, the railway had only one more corner to face as it completed the last few hundred yards of its route from Malvern to Upton-on-Severn.


Today, the bridge remains in use by road vehicles and is maintained accordingly (a comparative rarity on a route where many overbridges were destroyed after they fell into disuse). The railway cutting to the west is also still clearly visible, although the cutting to the east has been levelled to make way for several rows of polytunnels at Clive's Fruit Farm.


Approaching from the west along Upper Hook Road, the road slopes gently downwards before hitting a small chicane as it crosses the bridge. The pictures below were taken on a cold January morning and the bare trees allow a fuller view of the architecture. The buildings on the other side belong to Clive's Fruit Farm, a popular local business which now presides over this section of the line.

The following pictures show the view from the northern side of the bridge of the old railway cutting. The top picture is from 9th May 1953, and shows the line running from Upton up towards the left curve at Brotheridge Green. 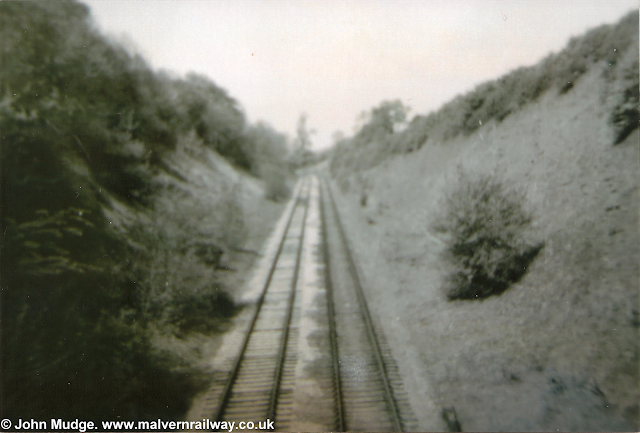 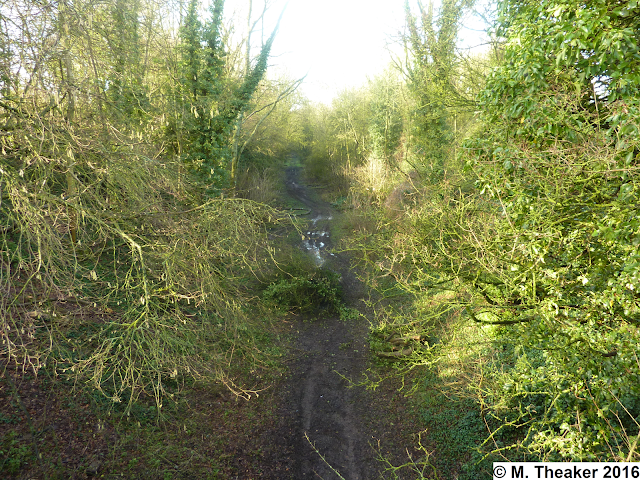 The embankment on the eastern side of the bridge has been more significantly altered, and the tall trees here make it difficult to see for any great distance. 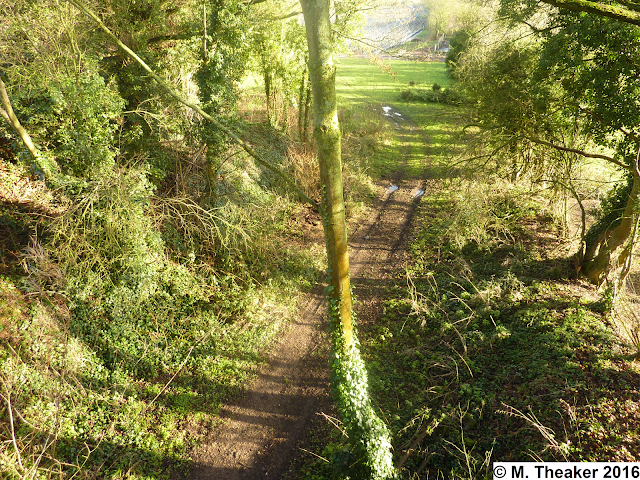 The view to the south, where the embankment peters out into the flat land currently occupied by the fruit farm. 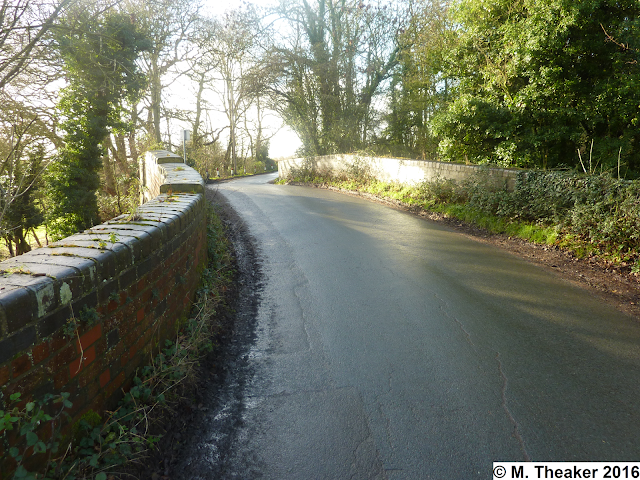 The bridge from the east. 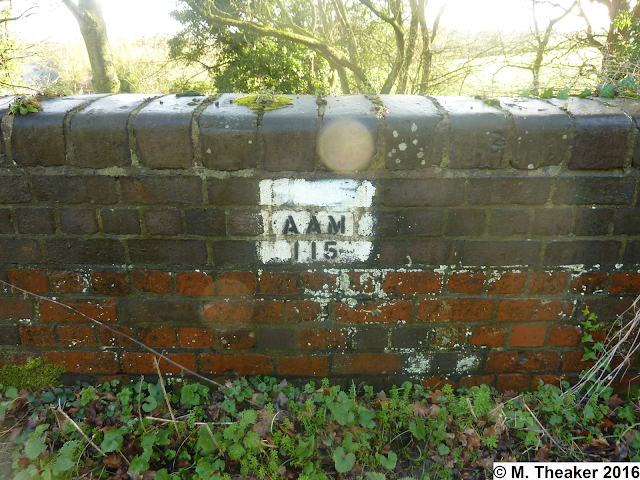 The middle of the bridge with its markings. 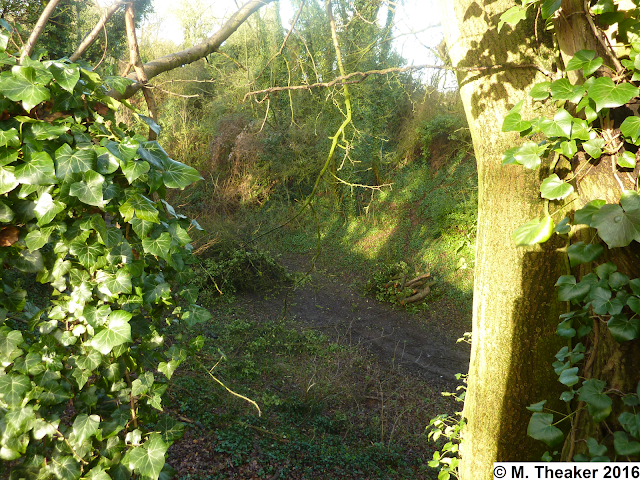 A view of the cutting north of the bridge, showing how steeply the embankment rises up. 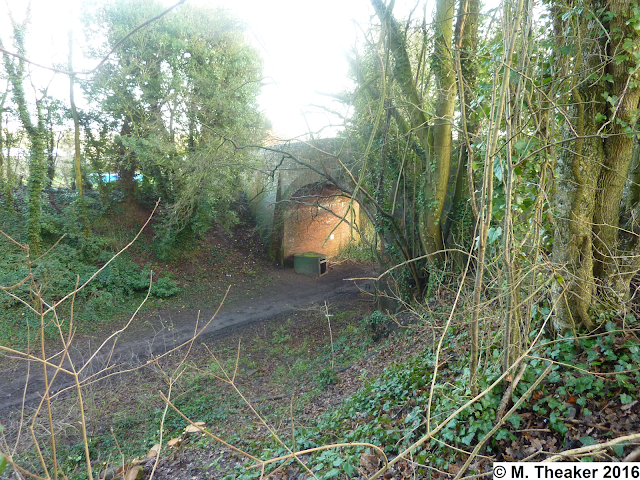 Upper Hook Road bridge from the top of the north embankment.